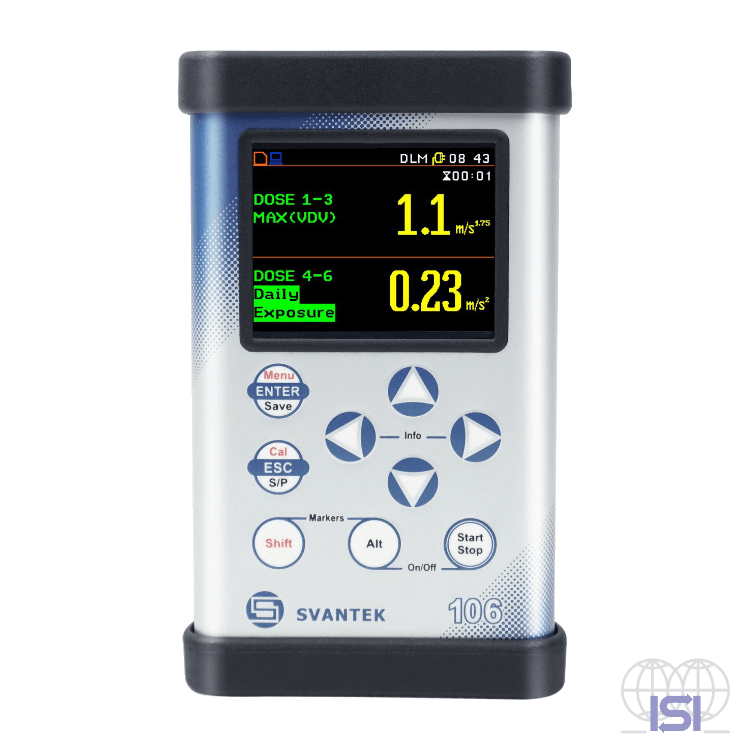 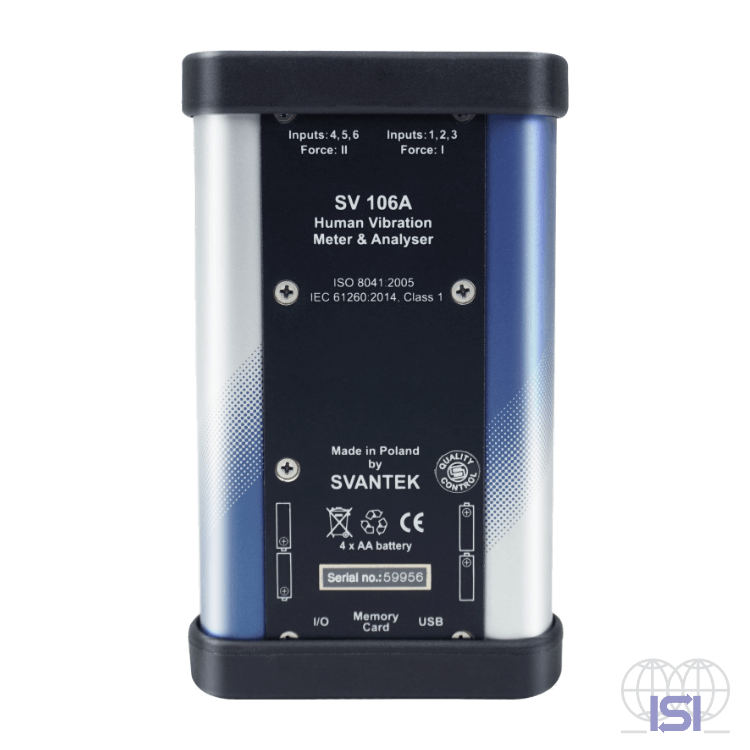 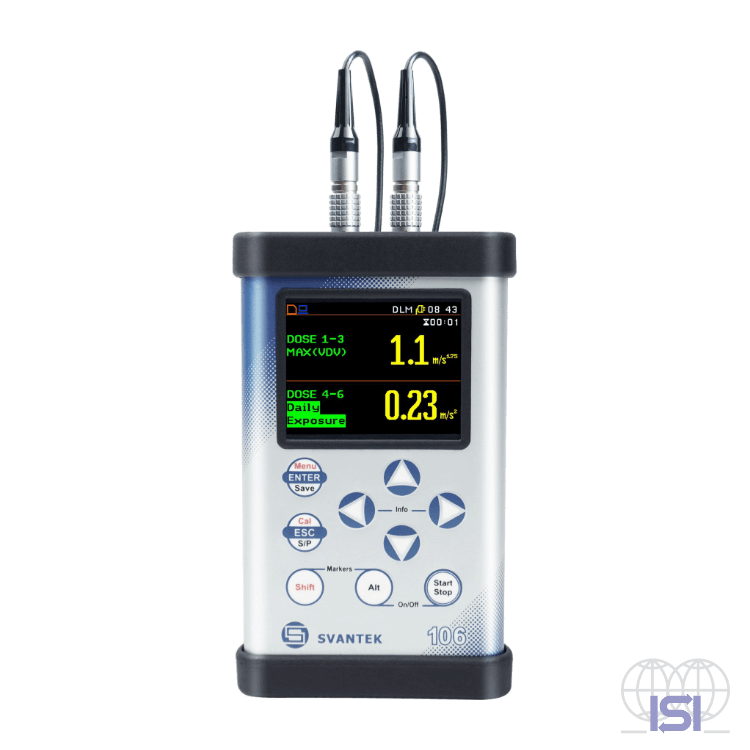 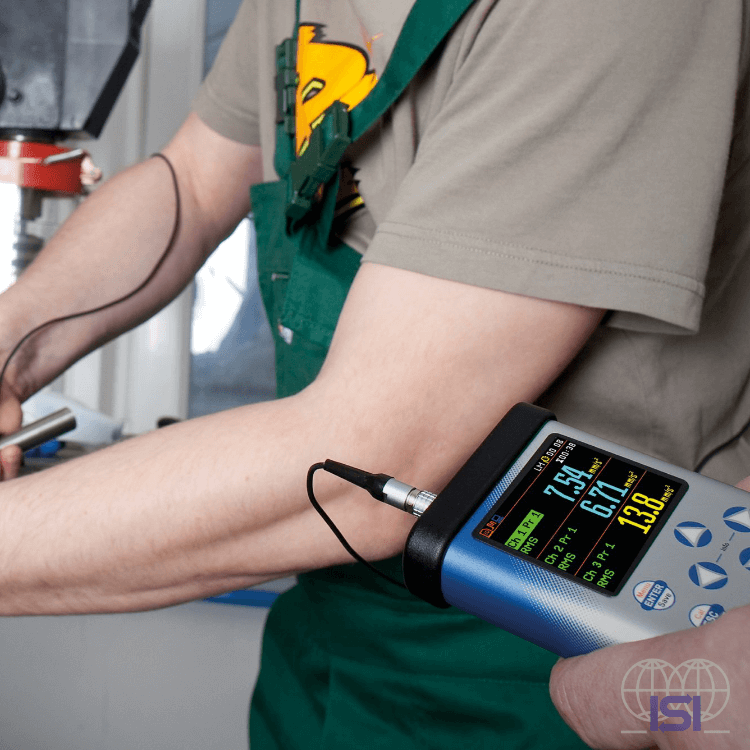 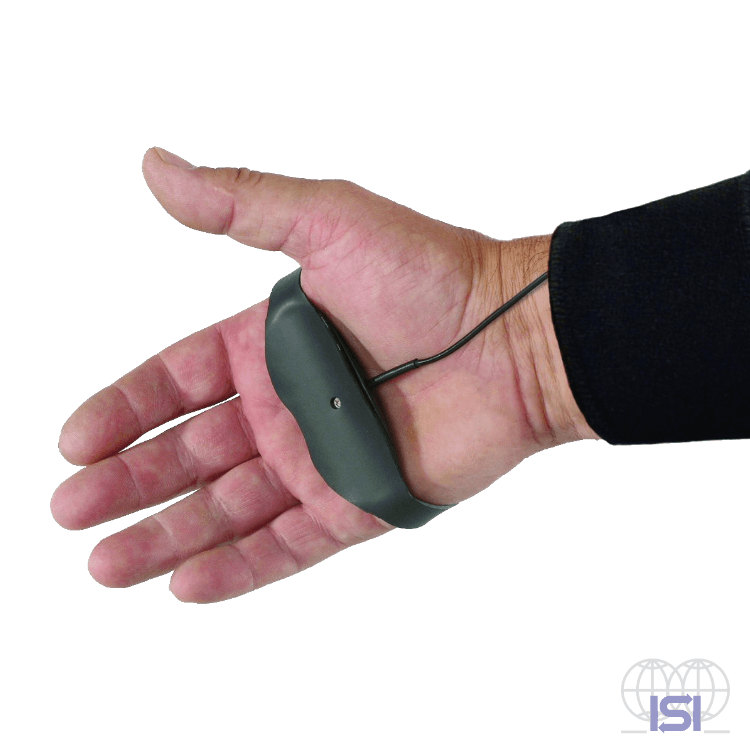 This revolutionary, pocket-size instrument enables simultaneous measurements with two triaxial accelerometers (e.g. both-hands vibration or triaxial SEAT transmission measurements are possible).
The RMS, Peak, Peak-Peak, VDV, MTVV or dose results such as A(8) and AEQ with all required weighting filters for human vibration measurements, including band-limiting filters, are available with this instrument.

Using computational power of its digital signal processor, the SV 106A can perform 1/1 or 1/3 octave real-time analysis simultaneously to the meter mode.Advanced time-history logging and time-domain signal recording (according to the ISO 2631-5) to the microSD flash card offer a great data input for detailed signal analysis. Results can be easily downloaded to PC using USB interface. The instrument works with Svantek’s specialist health and safety software package, “Supervisor”, and also with the full analysis package SVAN PC++.

Please fill the form below to rent a product :